A number of reenactors and visitors celebrated Confederate Flag Day Saturday, March 3, at the Confederate Monument in Canoe.

The program included the invocation, Posting of the Colors, pledges and salutes, laying of the wreath by Tammy King, dedication address by SW Brigade Commander Tommy Rhodes and Camp 2088 Commander Kevin McKinley, raising of the flags, rifle and cannon salute, closing and singing of “Dixie.”

Flags that have flown over Alabama include British, French, Spanish, United States, State of Alabama, and the Confederate flag. 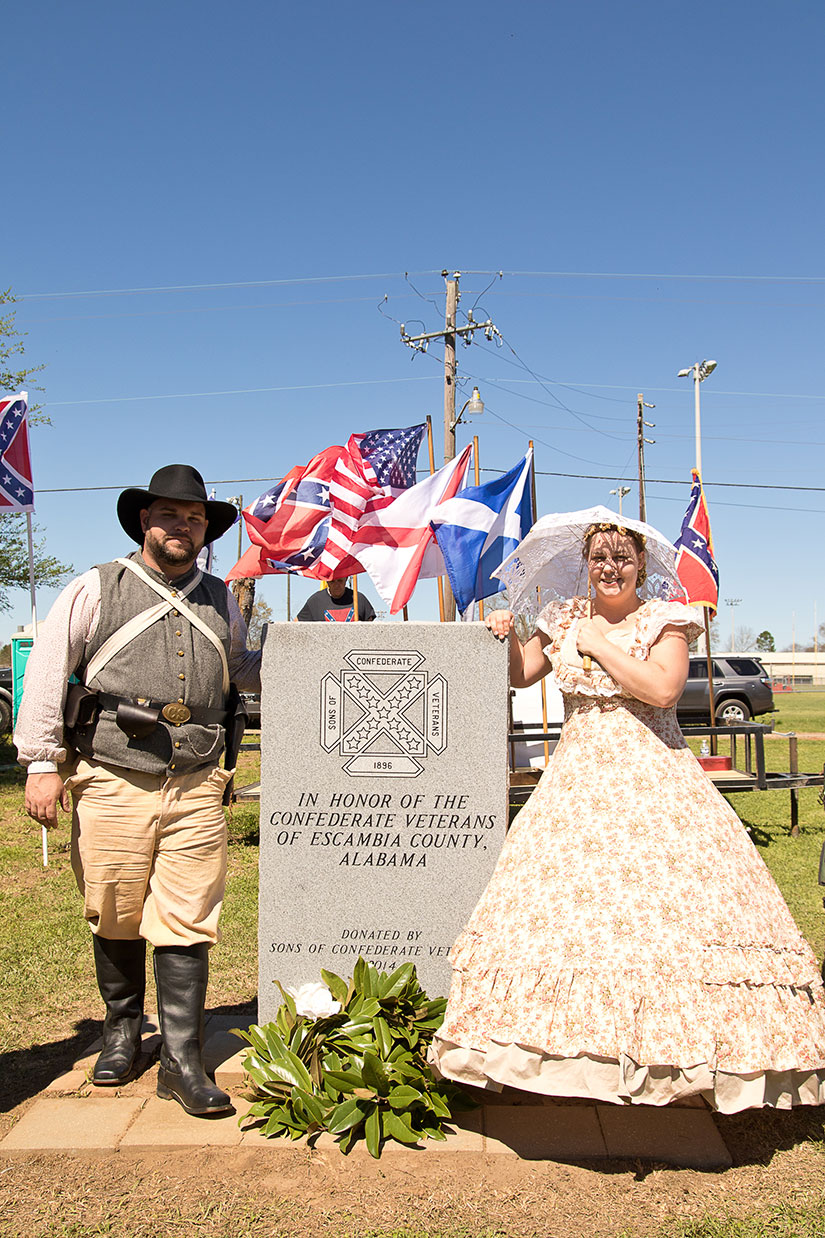