“Make every effort to keep the unity of the Spirit through the bond of peace.” Ephesians 4:3.
That was the theme of this year’s National Day of Prayer Thursday, May 3. Unity abounded at the local event in the Escambia County High School gym, as people of all faiths, all races, all walks of life came together to pray and read the Bible.
Pastor Ted Bridges began the program with a welcome and a prayer, followed by a trumpet solo by Dietrich Bondurant.
Veteran Joe Hall led in the Pledge of Allegiance. Felicia Bishop sang the National Anthem. Mayor Jim Staff read a proclamation designating Thursday as a day of prayer in Atmore.
The blowing of the shofar by Willonette Hammonds is a tradition at the local event.
The Rev. Jim Thorpe began the prayer time with a prayer of repentance, followed by break-out sessions led by these pastors:
Government – Robert Heard and Kelvin Williams
Church – Michael Wilson and Willie Hawthorne
Military – Justin Morse and Don Davis
Family – Cornelius Phillips, Harold Askew and Jim Thorpe
Education – Irma Wilson, Coleman Wallace and Dejuan Knight
Media – Sinclair Forbes and Larry Patterson
Business – Bernard Bishop and Brandon Stophel
Following these sessions, everyone assembled for collective Bible reading – some with Bibles, some with tablets, phones, laptops. But all with Scripture and all reading at the same time, some silently, some aloud softly.
Pastor Cornelius Phillips spoke about Fire in the Field, a revival set for October.
As is tradition, Dietrich Bondurant’s trumpet solo How Great Thou Art ended the program – with people on their feet and many with hands raised.
Outside the gym, Miss Flippy Toe (Esther McMath) held a children’s prayer service in the RPM trailer.
That morning, several of Atmore Day of Prayer Committee members were joined by others for prayer at the fire and police departments, the utilities department and city hall office. 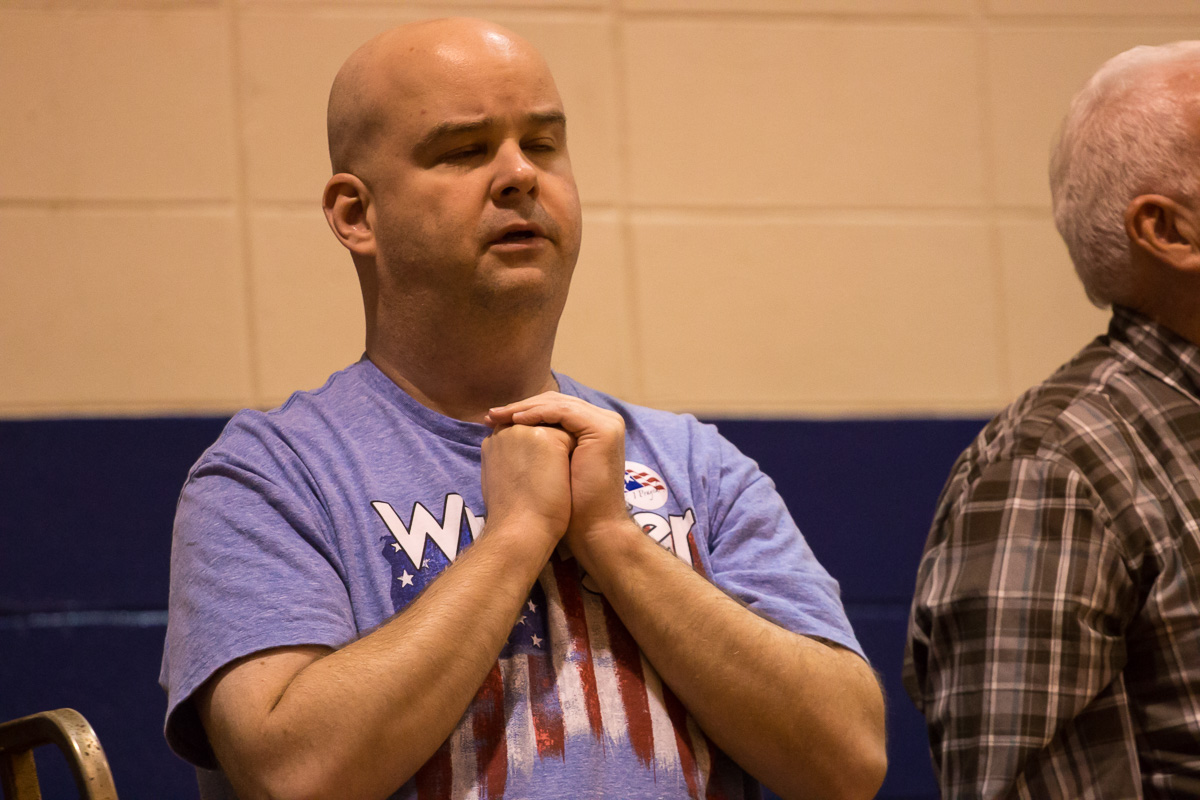