A sizable crowd of between 150 and 175 people, more than 140 of whom paid for the privilege, packed into The Club last Saturday, April 28, to watch the list of most-notable locals grow to 70.

Seven individuals — business people, former athletes, retired educators and a nurse — became the newest members of the Atmore Area Hall of Fame during the 2018 induction ceremony.

Billy Madison, who chairs the Hall of Fame Selection Committee, served as emcee and introduced the other 11 committee members prior to the meal.

“Generally, we have a different crowd but we have the same old song, and that is giving honor to these seven inductees tonight,” he said during his opening remarks.

Dr. Ullysses McBride, who has been on the committee for 15 years, said he didn’t think his tenure would last as long as it has.

“When I was first asked to come to this committee, I was dubious about that,” he said. “But I’ve gotten to meet all the outstanding people who have contributed to this committee. After all these years, nobody’s voice been raised; it’s such an easy task to identify and notice outstanding citizens.”

Mal McGhee, another long-serving committee member, said the annual ceremony’s attraction was simple for him.

“If there’s anything I like best about coming to this event, it’s the humility the people who are being inducted have in accepting that honor,” he said. 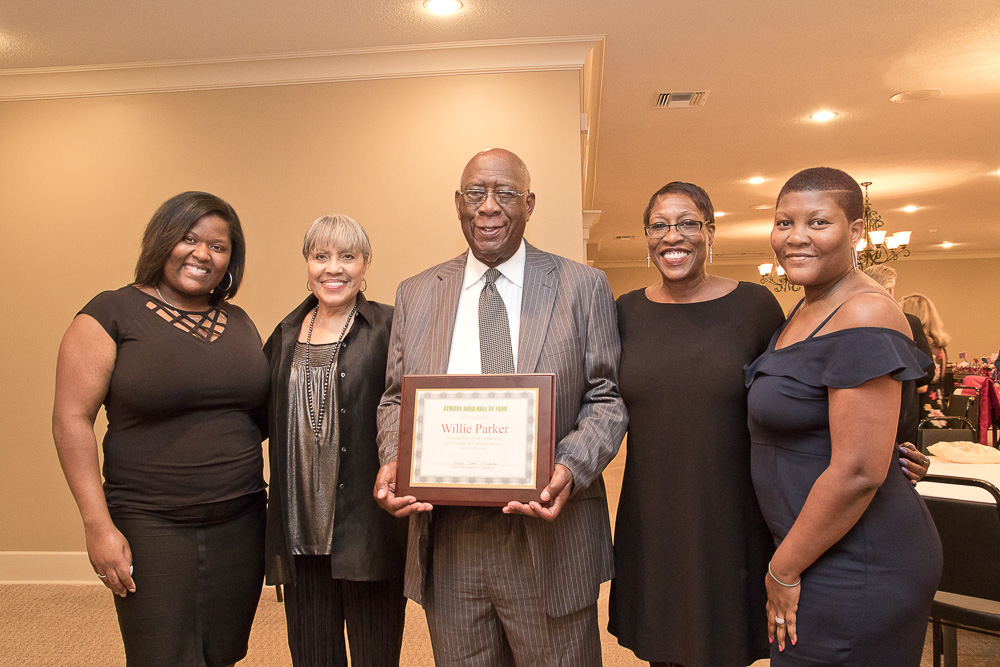